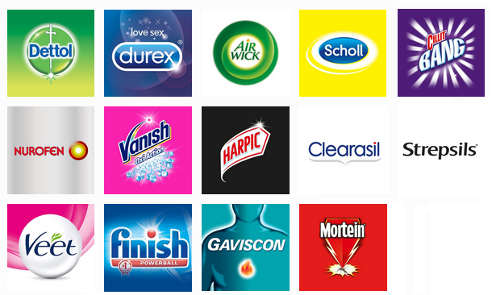 RB, as we know it today, was created by the £5bn merger of the UK’s Reckitt & Colman with Dutch rival Benckiser in 1999, creating a brand powerhouse to rival the biggest beasts of consumer packaged goods.

Its roots lie in 19th-century laundry with Isaac Reckitt’s starch mill in Hull and Johann Benckiser’s household chemicals business in Pforzheim, Germany.
Johann A. Benckiser founded a business in Germany in 1823. Its main products were industrial and consumer goods industrial chemicals. Benckiser went public in 1997.

Reckitt & Sons started in 1840 when Isaac Reckitt rented a starch mill in Hull, England. He diversified into other household products and after his death in 1862, the business passed to his three sons. In 1886, Reckitt opened its first overseas business in Australia. The firm was first listed on the London Stock Exchange in 1888. Harpic Lavatory Cleaners was acquired in 1932, and that same year, Dettol was launched.

In 1938 Reckitt & Sons merged with J. & J. Colman, which had been founded in 1814 when Jeremiah Colman began milling flour and mustard in Norwich, England,to become Reckitt & Colman Ltd. The company made several acquisitions, including the Airwick and Carpet Fresh brands (1985), the Boyle-Midway division of American Home Products (1990), and the Lehn & Fink division of Sterling Drug (1994). It acquired several brands from DowBrands in 1998.

A focus on consumer healthcare – it produces Nurofen, Gaviscon and Strepsils among others – has helped RB make up in quality what it lacks in sheer global heft.

CEO Rakesh Kapoor, a veteran who joined the-then Reckitt & Colman in 1987 has worked his way up to the top.

How Analysts See Reckitt Benckiser Group plc (LSE:RB) Perform In The Year Ahead?

Exciting times ahead for RB.

Analysts are predicting good growth prospects for Reckitt Benckiser Group over the next three years. We are expecting to see the earnings grow around 55.5% and earnings per share estimates range from £3.69 to £5.05.

Is the growth built on solid basis?

Reckitt Benckiser Group has grown its earnings faster than the Household Products industry average over the past year.

The team behind Reckitt Benckiser Group appears to be doing a pretty good job over the last year with an Return on Equity of 23.9%, despite this being below the average for the Household Products industry of 30.41%. This is expected to further improve with the stock estimated to have an outstanding ROE of 24.8%.